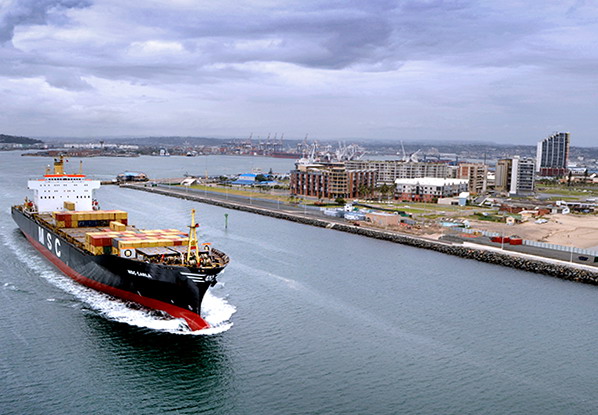 Maritime security is increasingly becoming impossible to achieve without ensuring cyber security, and the ability of states to protect their maritime assets and critical infrastructure against cyber attacks.

This was one of the conclusions from a recent workshop on developing a maritime security strategy for South Africa. The workshop was organised by Stellenbosch University, the Institute for Security Studies Africa, and United Nations Office on Drugs and Crime (UNODC).

Denys Reva, maritime researcher at the Institute for Security Studies Pretoria, highlighted the fact that 80% of South Africa’s trade is seaborne, and for all intents and purposes, South Africa can be seen as an island. “We are dependent on well-functioning maritime infrastructure, which needs to be protected, including from cyber threats,” he said.

The maritime sector is becoming increasingly vulnerable to cyber threats, as it digitalises. For example, ships are using Electronic Chart Display and Information System (ECDIS), GPS and remote engine and cargo control systems, while ports are going paperless, becoming automated and removing humans from the equation. The container terminal at China’s Qingdao Port is fully automated, while South Korea’s Busan Port is using blockchain for logistics innovation, for example.

While only 53 of the world’s container terminals are automated (4%), the maritime sector is going digital and is on an upward trend in this regard. “What if someone tries to disrupt the technology, purposefully or accidentally?” Reva asked, as new cyber security risks and vulnerabilities are exposed.

In Africa, a cyber attack was only a matter of time, he said, citing the 2021 attack on Transnet, which disrupted not only local but regional trade. “It’s inevitable another attack will take place,” Reva believes. “In 2020 alone there was an alleged 400% increase in incidents targeting the maritime sector around the world. We don’t know the real scope of the problem. Some cyber security reports suggest hundreds of thousands or millions of attacks.”

One of the largest cyber attacks to affect the maritime sector was the June 2017 NotPetya cyber attack. NotPetya was developed as a disk-wiping cyber weapon, disguised as ransomware, by the Russian military to destabilise Ukraine, but thousands of companies around the world were also hit. It took Maersk more than 90 days to recover from the attack, which cost an estimated $350 million in damages. Maersk still being sued by some companies.

“We will all be victims of a cyber attack at some point,” Reva cautioned, and cited other examples, including the port of San Diego going offline for several days in 2018 due to a ransomware attack, and Israel’s disruptive cyber attack on Iran’s Shahid Rajaee port terminal in May 2020.

Cyber offers new opportunities for bad actors, Reva said, but Africa is in a privileged position as it is a lesser target at present and can learn from the experiences of other countries, but time is running out for this.