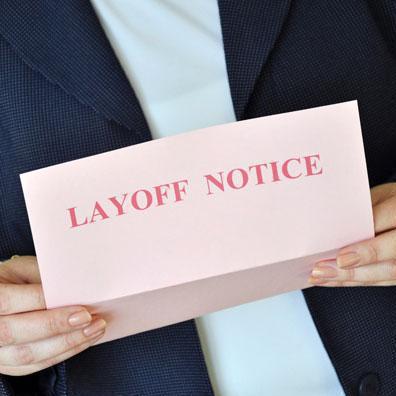 Cybersecurity technology developer IronNet Friday said in a regulatory filing that the company is in the process of laying off about 55 of its employees, or about 17 percent of its total headcount, in an action expected to be complete by the end of this month.

With the action, IronNet becomes the latest in a string of security technology developers, primarily startups, that have unveiled major layoffs, signaling that valuations in the cybersecurity space may have peaked.

McLean, Va.-based IronNet, which was founded in 2014, did not disclose in its filing with the U.S. Securities and Exchange Commission the exact reason for the layoffs.

[Related: With Latest Layoffs, Is The Cybersecurity Startup Bubble Bursting?]

“The workforce reduction is part of a broader plan by the Company to streamline its operations for higher efficiency, to reduce overall expenses and preserve cash, and to set the Company up for rationalized growth going forward,” the company wrote.

An IronNet spokesperson replied via email to a CRN request for more information by noting that the company in its first fiscal quarter 2023 financial conference call that IronNet planned to evaluate all expenses to accelerate the timeframe to achieve a cash flow neutral financial position into next year. In its SEC filing, the company also said IronNet also sees no change to its outlook or customer pipeline as it looks to increase efficiency and set the company up for rationalized growth going forward.

“Our strategy remains the same, to transform cybersecurity through Collective Defense,” the spokesperson wrote. “In fact, we’ve seen momentum around the concept of Collective Defense in the past several quarters, with President Biden and his cyber experts even referring to it as the path forward.”

News of the layoffs come less than two weeks after IronNet released its first fiscal quarter 2023 financials. The company on June 14 reported revenue for the quarter, which ended April 30, of $6.7 million, up slightly year-over-year from last year’s $6.4 million. It also reported annual recurring revenue of $30.1 million, up year-over-year from $25.6 million.

Company executives, in their quarterly financial analyst conference call, said the drop in revenue was due in large part to delays in renewing contracts by a couple of large customers.

News of layoffs at IronNet and many of its peers comes at a time when labor markets are tight, making it difficult for many companies, especially in the tech industry, to find enough talent.

Yet despite the tight job market, layoffs in the security startup space have been increasing.

Atlanta-based OneTrust in mid-June said it has laid off about 950 people, or about 25 percent of its employees.

Boston-based Cybereason in early June said it has laid off 10 percent of its workforce only four months after it confidentially filed for an IPO and less than a year after it raised an additional $325 million in funding. Cybereason has raised about $700 million in funding since its founding in 2012.

Softbank was a major investor in both OneTrust and Cybereason.

San Jose, Calif.-based cybersecurity technology developer Lacework in late May said it will lay off about 20 percent of its workforce. The layoffs came six months after the company unveiled a $1.3-billion D-round of funding, giving it a valuation of $8.3 billion. Lacework in February said it has over 1,000 employees.

Mark Hatfield, a founder and general partner of Ten Eleven Ventures, last month told CRN that cybersecurity remains a solid long-term bet for investors, but acknowledged that cybersecurity startup valuations reached their peak about five or six months ago and have been falling ever since.