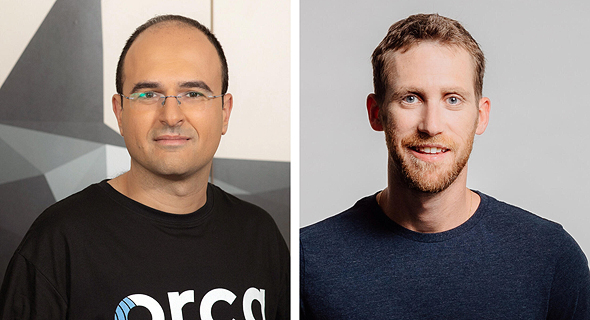 One day, years ago, a frozen yogurt shop opened in Israel. A day later, hundreds more popped up and put each other out of business. In Israeli high-tech, it seems that the frozen yogurt phenomenon is reappearing, in the unicorn version. A few Israeli companies that operate in very similar fields are striking blows at one another, competing for valuations, and explaining to the whole world that their technology is cutting edge, while everyone else’s is years behind.

Until a few years ago, the most notable struggle was between Taboola and Outbrain – two content-discovery technology companies, who tried to merge, but didn’t succeed, and today are each traded on the Nasdaq. They continue to compete, although in the open this time, in front of the public’s eyes.

Today, the toughest realm in which fierce battles are taking place is cybersecurity, wherein at least three areas, there are large Israeli companies with very similar products. The most notable pair is Wiz, headed by Assaf Rappaport and his team, and Orca Security led by Avi Shua and his team. Both companies are developing cloud security platforms without agents, and both have huge investors. The first has already been valued at $6 billion, while the second has raised funds at a valuation of $1.8 billion, and rumors of its purchase at $2.5 billion have been denied.

A new arena that has been heating up in recent weeks is the API security field. The older of the two rivals is Salt Security, which was founded in 2016 and is facing the up-and-coming Noname Security. Both companies are boasting about their magic solution against one of the biggest problems in the cyber world, API vulnerabilities, the connections between external applications and the company’s cloud. Both hold a glorious list of investors and both believe they can beat the competition and the entire market.


The cybersecurity market is characterized by having many duplicate companies, even if sometimes Israeli firms try to present the field as being wide enough. A good example of this is Cybereason and SentinelOne. Both protect endpoints, one of the busiest security sub-sectors with huge competitors such as CrowdStrike. SentinelOne is traded on the Nasdaq at a value of more than $10 billion, and Cybereason will probably get there in the coming year at a very attractive valuation.