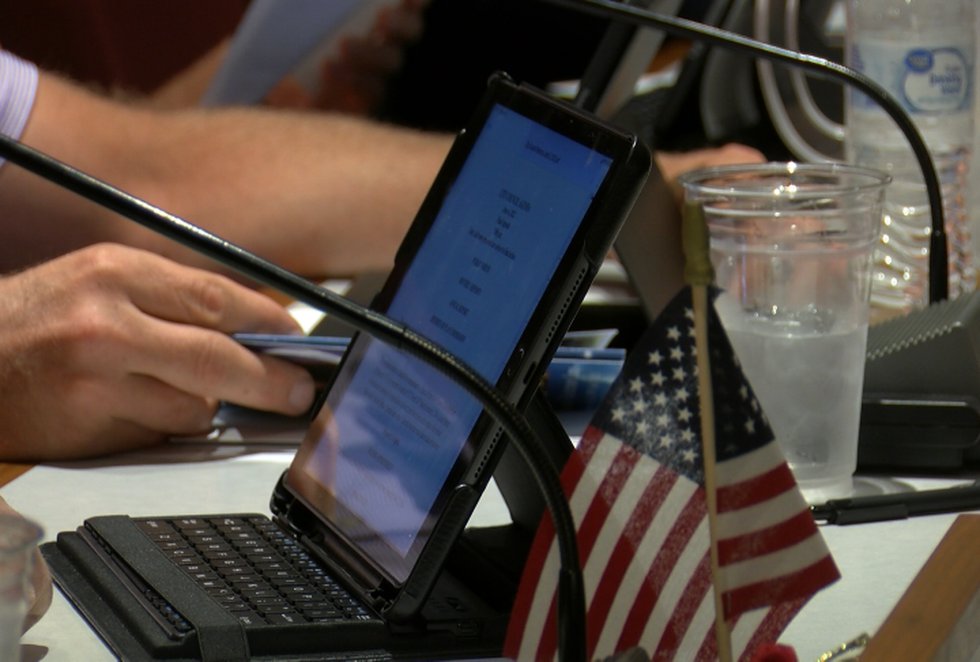 QUINCY (WGEM) – The Quincy City Technology Committee met Monday night to bring the public an update on the cyber attack that wiped out access to city emails and disrupted phone services.

Mayor Mike Troup said the software services aldermen voted on Monday night are due to the ransomware attack they went through, back on May 7, that encrypted many of their files.

Troup said the purchases all 13 aldermen present approved, will allow the city to make some changes to how they store data. In the case they’re faced with another attack, all of their emails won’t go down.

“Everything we’re doing at the recommendation of our outside advisors is to bring the information back, but also make it more difficult to have some other cyber issue if we just brought it back without a change,” Troup said.

He said they’re buying Microsoft Office 365 licenses to switch to a cloud solution that would act as a backup.

“While we’re going through all the changes reinstating every city emails back the Kroll, or advisor recommends we might as well go ahead and upgrade to the latest while we’re doing that,” Troup said.

Troup said he doesn’t know how much of their files were encrypted by the attack, that nobody’s personal information was breached and they still don’t know who or what caused the attack. He said this is going to be an ongoing issue for the city throughout this year.

Quincy city council also discussed and made motions on a number of other topics tonight.

Neighbors said they didn’t want the doors directly across from their house. Parties involved in the project at Shottenkirk Chevrolet spoke at the council meeting and said they knowingly went ahead and completed the just south of $400,000 project, even though there’s an existing ordinance from 1993 that said they couldn’t because they were already almost done with the project when the city flagged them.